Kirk Cousins is a Pro Bowl quarterback with the Minnesota Vikings. Born and raised in the Chicago suburbs, Kirk and his family moved to West Michigan, where Kirk attended Holland Christian Schools and became a three-sport athlete, helping lead the football team to its first-ever state playoff appearance.  Kirk continued his football career at Michigan State (MSU), where he helped the Spartans win a share of the Big Ten title in 2010, and played in the inaugural Big Ten Championship Game in 2011.  Kirk is only the second three-time captain in MSU football history. Kirk graduated from MSU with a degree in Kinesiology, and also received an Honorary Doctorate of Humanities upon returning to deliver the keynote address at the spring class of 2019 commencement ceremony.

Kirk and his wife, Julie, married in 2014 and have two boys, Cooper and Turner. 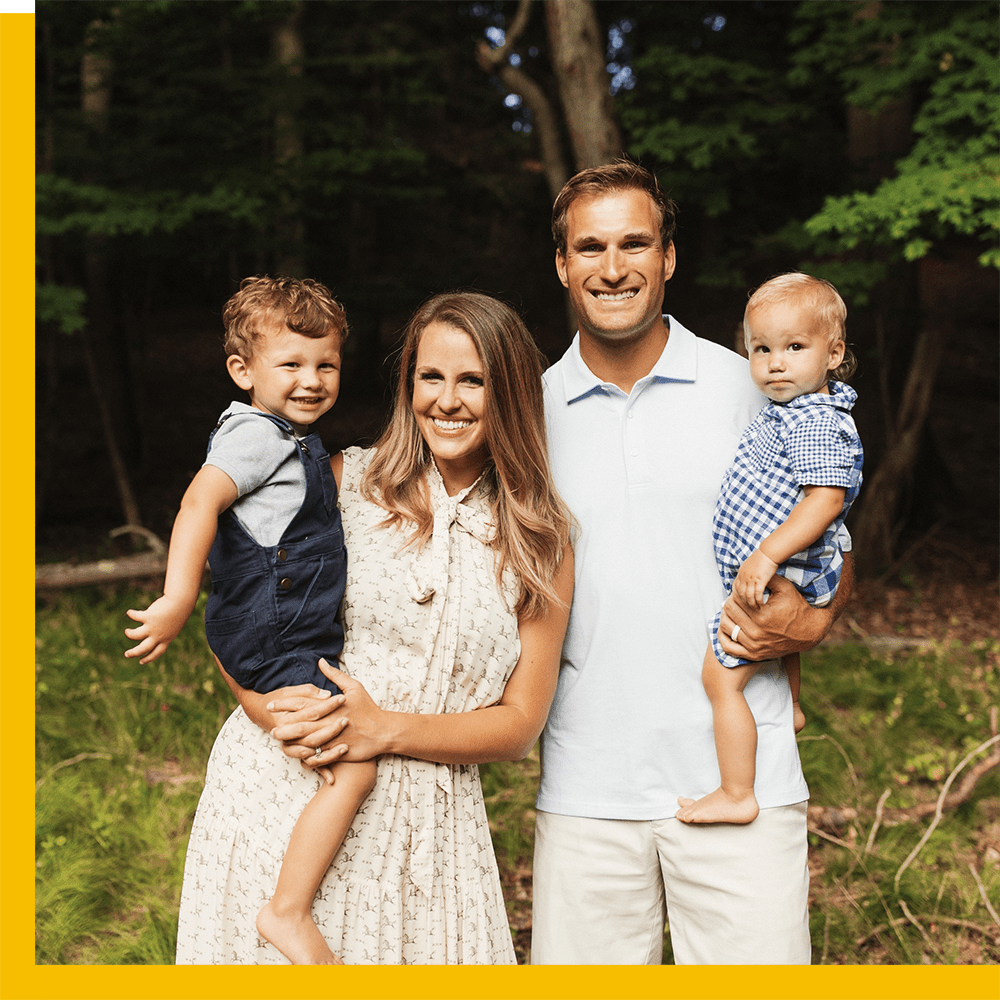 Kirk’s love for the game began by playing flag football as a kid in Barrington, Illinois. 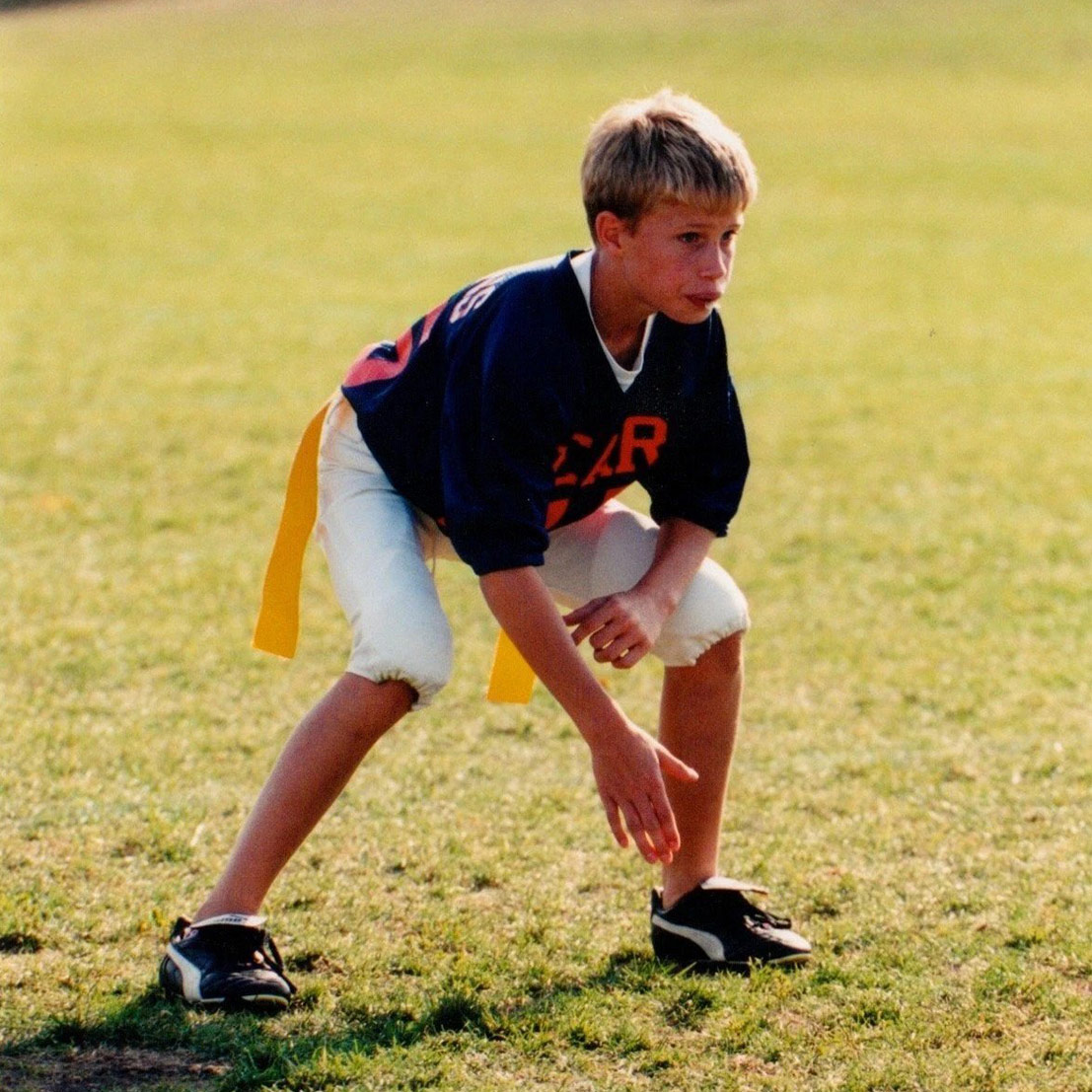 In high school, Kirk was a three-sport athlete at Holland Christian High School. During his junior year, Kirk broke his ankle and was uncertain if he would someday be able to play Division I football. Kirk finished high school with 3,204 Passing Yards, 40 Touchdowns, and 18 Interceptions. 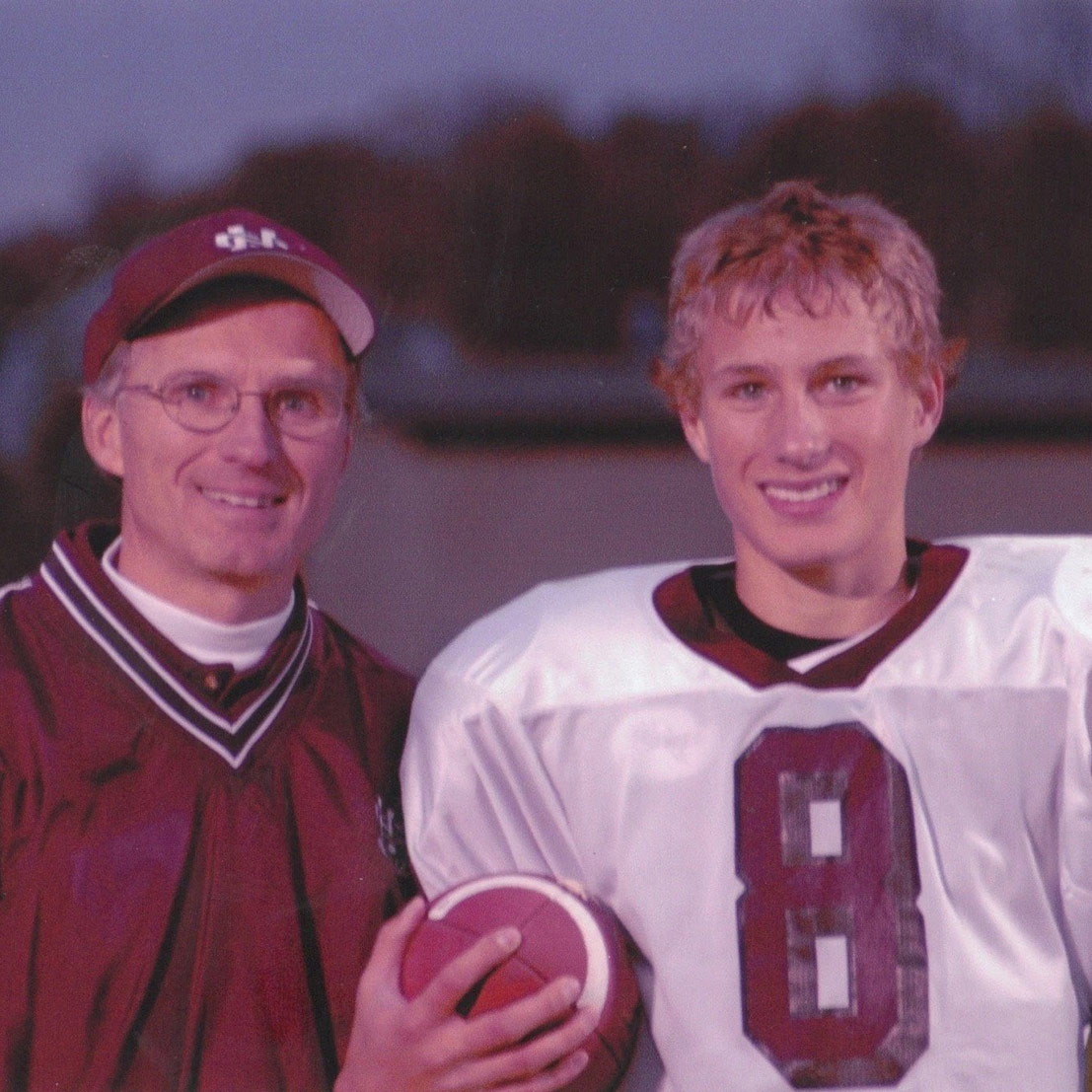 ​​Under the leadership of Coach Mark Dantonio, Kirk was a standout athlete at Michigan State. In 2010, he led Michigan State to an 11–2 (7–1) record and a share of the Big Ten Championship. In 2011, the Spartans went 11–3 (7–2) and played in the first ever Big Ten championship game. Kirk was named Second Team All-Big Ten by the coaches, and played his final game as a Michigan State Spartan on January 2, 2012 defeating the Georgia Bulldogs in the Outback Bowl. His teams posted an undefeated 4–0 record against the in-state rival Michigan Wolverines. Kirk won the 2011 Lowes Senior CLASS Award and is the second 3x, peer-voted captain in MSU football history. 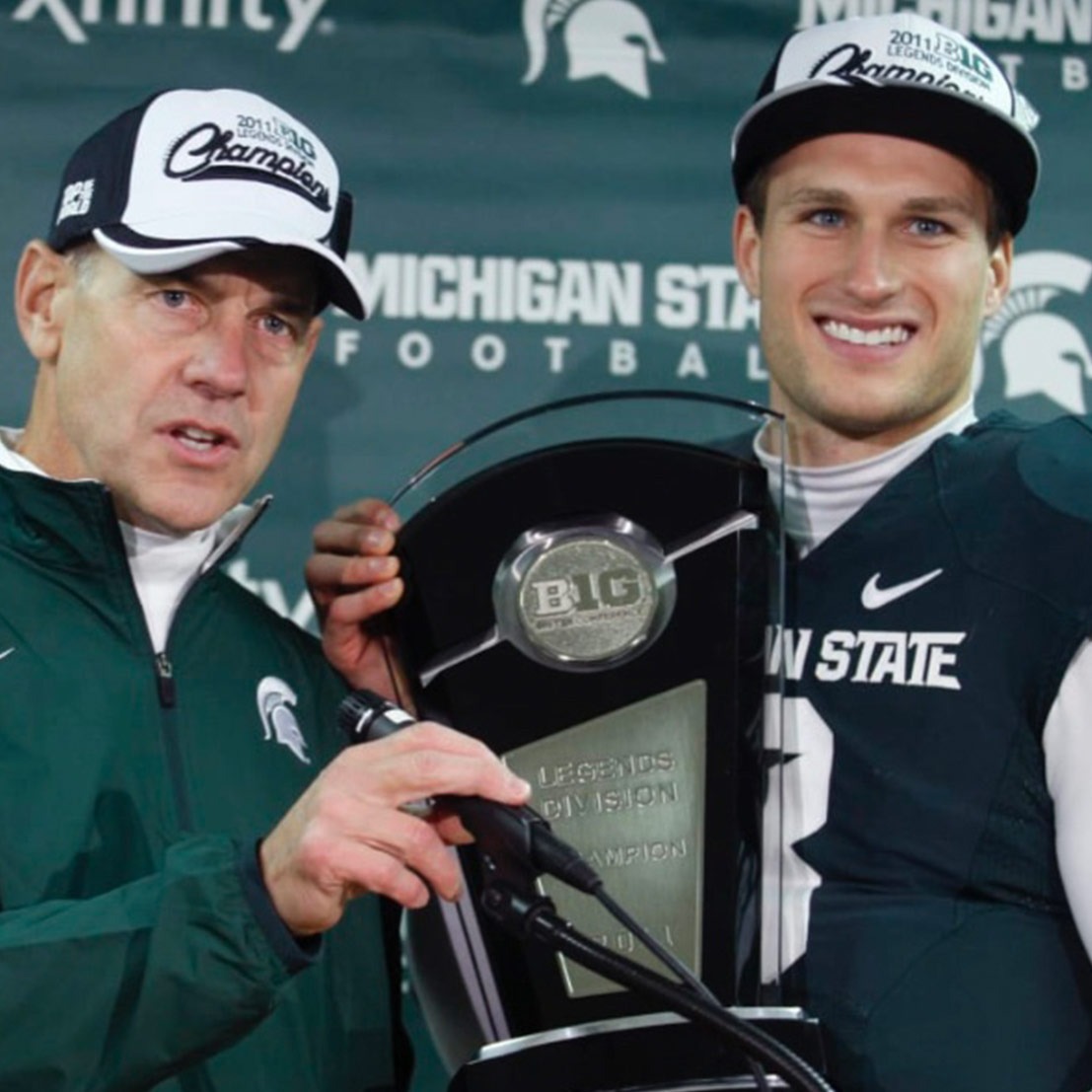 Kirk was drafted in the 4th round of the 2012 NFL draft (#102 overall) by Washington. At the beginning of the 2015 season, Kirk was named as the starting quarterback. They went on to finish 9-7 as NFC East Division Champions that season and made their first trip to the playoffs in four years. During his time in Washington, Kirk broke several franchise records. 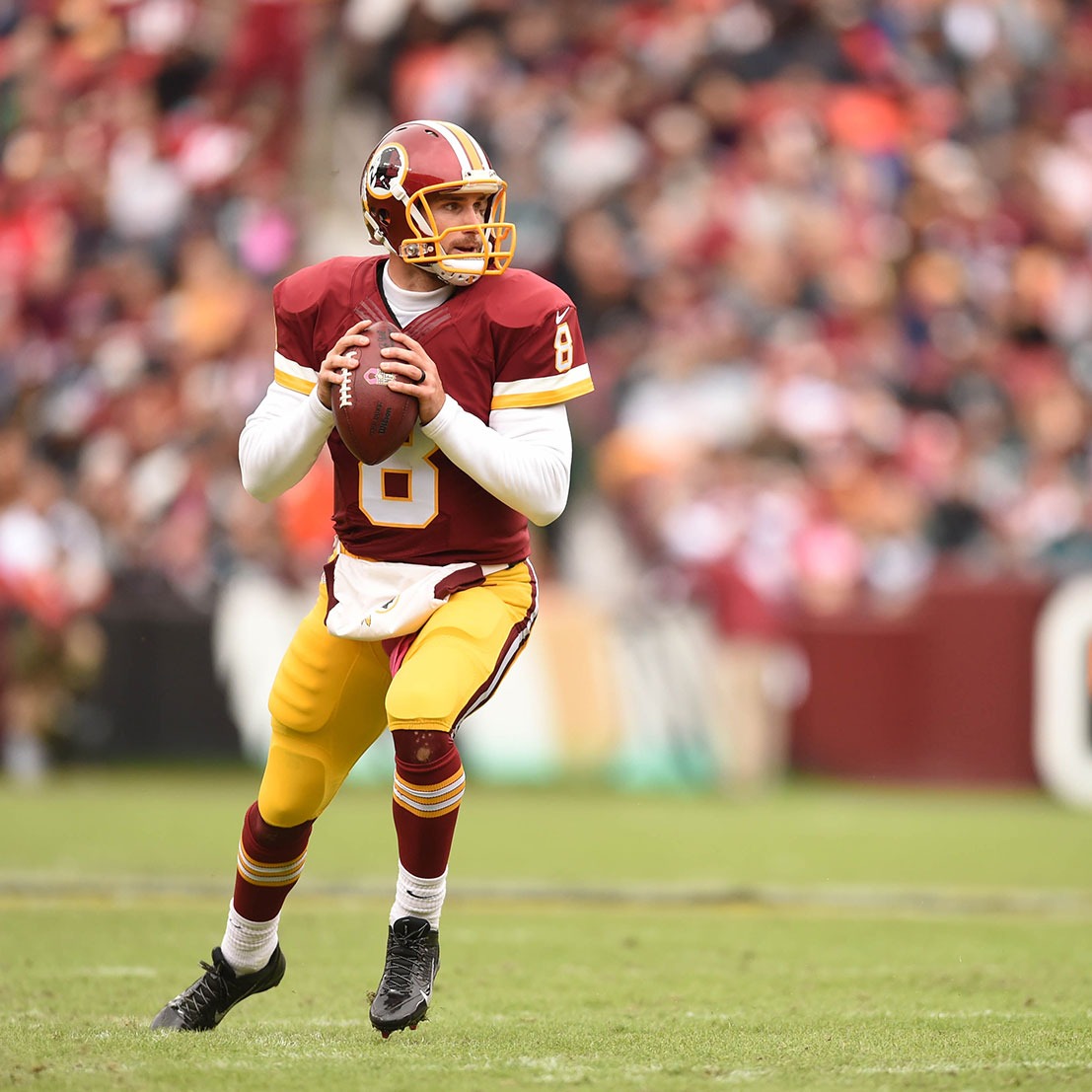 In March 2018,  Kirk signed with the Minnesota Vikings on a fully-guaranteed three year deal. During his first year with the Vikings, Kirk completed 425 passes in 2018, a single-season Vikings record. His 70.1% completion rate was the 2nd-highest mark in the NFL in 2018, 2nd-highest mark in franchise history and the 10th-highest mark in NFL history. In 2019, Kirk led the Vikings to a Wild Card victory over the New Orleans Saints, the first overtime Playoff win in team history. Kirk was named to the 2020 and 2022 NFC Pro Bowl teams. In March 2022, Kirk signed a one-year extension with the Vikings. 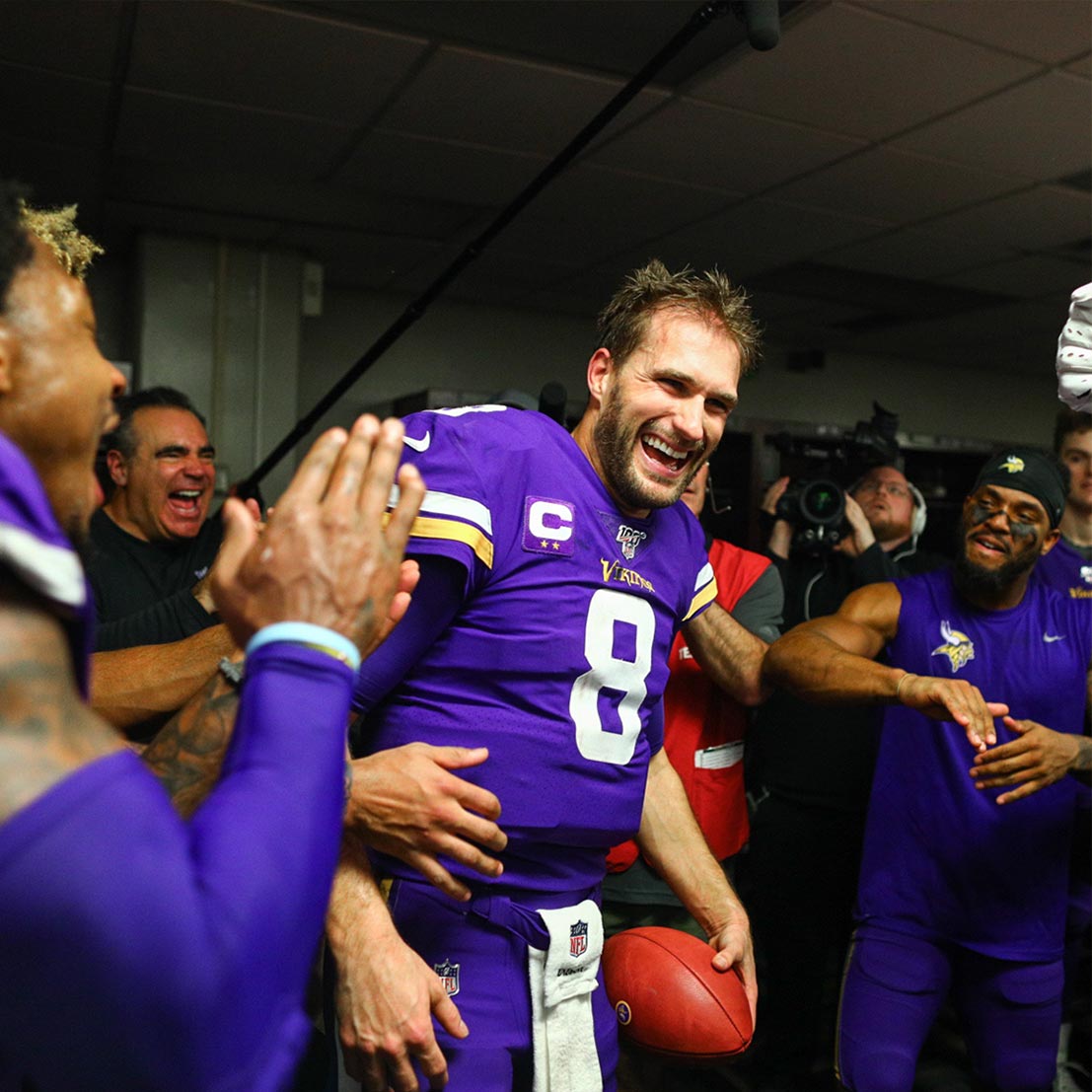